For a market that have sales and the following breakdown: 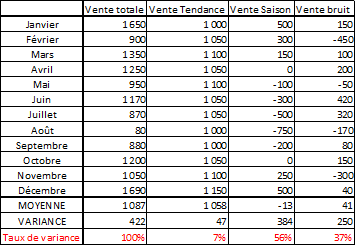 We thus have a residual variance rate of 37%.

The trend variance rate can be translated into English as "Residual Variance Ratio".